Another good morning on the show, went well – had a good laugh and played a Christmas song! It is 6 months till Christmas now, so get shopping! It’s late now, and I’ve been up since 6am’ish – worked with Rob today and the Hedley – Dave T was in too with some good stuff and Alistair is on now. So woo. I plan to also start a best bits piece soon for you to have a listen to too! Just of t’show…

With this small post today then, I hasten to add I passed somewhere that has been demolished today and I was very much going – it’s gone! I’ll go on about that tomorrow, I’ll stick some pictures up too, and I’ll tell you about my little plan for a private numberplate!

So, 8:14am in t’morning and as per usual I’m stuck in the studio doing the Kanned Weekend with Dan, Embrace – Natures Law is playing out which is a rather good track if you don’t mind me saying, if you do mind me saying, then you shouldn’t be reading this! So bugger off! T’was a rather wet morning, no doubt because the town moor is here and apparently it is cursed and stuff for uBer rainage! We be called Ross this morning too, to get him on-air and ask him about how cool it really was at the moor last night. He appeared to enjoy his new driving school and nearly killed a few folk!

This past week has been rather super duper spangly cushty belta. I’ve been out and about and running up even more miles out on the road. It’s quite funny being out on the road a lot, you get to see strange things. There’s the typical “I wish my wife was this dirty” written on the back of trucks, the tools who drive right up your arse even though you’re doing a fair speed on the road – then there’s those stupid DVLA road tax tester car things that are pulled over at the side of the road with their cameras out – I’d be very suprised if they haven’t caused accidents in the past as people cram their brakes on to slow down for them – I had it on the A19 the other day and it really annoyed me! There’s other things too, like the Police Volvo that overtakes you clearly doing about 110mph with no lights on or anything… might start taking their reg numbers for something to do… let’s not get onto the subject of miles and miles of cones for roadworks – only to get there to find a bloke scratching his bollocks and doing nowt. Reminds me of the Tyne Tunnel roadworks – there’s never anybody there!

Apart from that I’ve been playing with new Avaya IP telephones this week, they’re quite clever and work using clever super duper protocols that we won’t go into, but yea – that’s just the way it is (incidentally Bruce Hornsby also played out this morning) – I’ve got some funny videos too for you to have a gander at, I’ll stick them up as bulletins in the next hour or so – so if you want to see them and you’re not a friend, get adding!

Apart from that, it’s been a pretty rubbish day! Rained constantly, but I did have a microwave curry for my tea so I am officially rocking! You may have also picked up on my newest little challenge, I’ll be trying to start each blog with something from a song title everytime I update this, as in today I used Embace – so keep your eyes open and let me know if you can guess the ones from today onwards!

I’m in the studio as I write this, sitting in on the show with Ross – NE1’s Anthems, some top quality choonage going out, and I’m off for another drink of Coke Zero (tis spiffing!)

The beginning of the week? Or the second day in? God knows – for me it’s the first day of the week and it is always as annoying as Patricia Routledge.

Today I was up at the crack of dawn, 7am’ish – all sorted for work and into my spangly new suit that I can actually fit into! So what has happened today then? – Well – bugger all. I broke some stuff at work, fixed some stuff, drove about a bit, ate some Twix (do you put ‘s on the end of that?) – had some jellies, annoyed Lynn and drank loads of water. Apparently tea is better then water, but it tastes like crap from the machines in the offices so I usually drink hot-chocolate – but even that was broken!! – So I had to use the other machine, which was full of wholesome chocolate’y goodness.

Got a few albums sitting on my desk here as I type, they’ll be going in the car – if they’re any good I’ll get them up on the show at the weekend and you can have a listen to them. I’m also thinking about starting a campaign to get people to say the word LOL more – I’ve pioneered it at the radio station so the big campaign is in the pipeline! – Say it more, get it said, LOL! – It rocks. 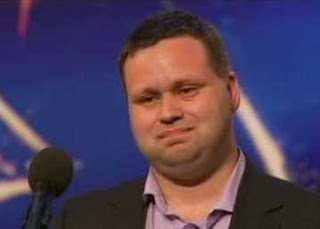 As I write this – I’m mixing up some amazing vocal trance, Above & Beyond stuff, Gouryella, Lange, Sarah McLachlan, etc… all the best stuff from the past few years – gonna knock up a nice set and get it stuck on NE1fm 102.5

Had a great week this past week, I was part of a team at a radio pub night – we came second last! The presenters from Metro/Galaxy/Century etc… were all there, had a great time with all – and it was presented by Steve & Karen from Galaxy – I enjoyed the ‘in’ jokes very much and successfully managed to spill a pint of coke all over Alistairs jacket. Victory is mine!
I’ve spent some time down in Leeds too – stayed over and stuff, had a good crack on and watched some extremely poor hospital telly – where was all the stuff you usually get on hotel TV?

I’ve nearly 400 miles in the past 3 days (tis bad I know) and even stopped on the A1 somewhere and fell asleep for 45 minutes – car jacking on the go eh? – Tonight was the monthly bowling game too. 4 games, 4 wins. I claim victory.

With that, I prepare for bed – brekkie show is on from 7am tomorrow – lets make it a good one. I’m pleased with how things are going, let them continue that way!

Like Loading...
The Ford Ka reared its rather ugly face back in 1996 – a terrible car on the face of the planet – let’s look at one – sick bags at the ready!

So – you’ve seen it, you’ve been sick and now you’re wondering why I am writing something about it. Well, I’ve been out on the road a ton lately through work and have noticed that these things are ALL OVER!
I’ve honestly saw at least 20 of these awful things today – and the past 3 or 4 days they’ve been on nearly every single road I’ve been on – and it’s sickening!
Apart from that then, life is busy as always – lots of MPLS installs at dealerships – lots of McDonalds and lots of burning dosh on fuel for my Golf. Apart from that – I’ve been having the good crack with pals, working at the radio station a lot and generally just having a good time. I’m at NE1fm now – and must get back to working on our playout system & the required music!

So, the final week starts. We’re counting down, station launches Friday – nerves and excitement are building, things are breaking – people are getting stressed and I’m just as stupid as usual – being daft.

I’ve installed a cracking network at NE1fm, I’m quite pleased with it – still lots to go but it all works and is great – it has loads of stuff on it and I’m now looking to branch into VoIP on it and get a cracking little project running.

Apart from that, live has been busy with the radio – not much time to think about much else. Certain things have got me down, but I don’t talk about them on here – those who need to know, know, those who don’t – well we’ll leave it at that.

Time to start prepping for NE1fm then, if there was one reason to stay in Newcastle – this is it!